Apple is expected to take the wraps off three different iPhone models this year, including a successor to the iPhone XR.

A report from the WSJ indicates that the 2019 iPhone, also referred to as iPhone 11, will bring upgrades to all the models launched this year.
This means Apple will maintain its two-OLED, one-LCD model lineup for the 2019 iPhone as well, despite rumors that the company could give up on LCD for this year’s generation. 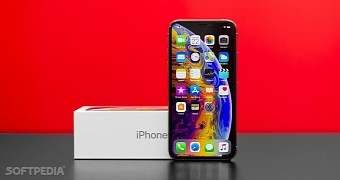 However, the cited source indicates that Apple will actually ditch LCD versions of the iPhone next year, so in the long term, the company only wants to offer OLED iPhones.
Read More >> Apple Going Down in PC Market Too as MacBooks Lose Ground
The top-of-the-range 2019 iPhone, which is expected to still be called “Max,” is likely to feature a triple-camera configuration, whereas the other two devices would stick with a dual-camera setup. This is a major upgrade now only for the iPhone Max, but also for the iPhone XR, the LCD model which comes with just a single camera for its first generation.
2019 iPhone pricing not yet available

No details have been provided on the pricing that Apple has in mind for the 2019 generation.
Sales of the current iPhone models have until now been slower than anticipated, and it’s believed the high prices are the main reason. While the iPhone XS starts at $999 in the US, the top-of-the-range iPhone XS Max reaches $1,449 in the country.
iPhone XR, which is the more affordable model with an LCD screen, is available from $749.
The cited source claims that the development of the 2019 iPhone is already in the point where major changes can’t be made, whereas the product planning for the 2020 lineup is still in its early days.
As it happens every month, the new iPhones are expected to be released in September, possibly with the LCD version to arrive slightly later.