UBports is currently working on the sixth OTA (Over-the-Air) update to their Ubuntu Touch port for Ubuntu Phone devices, and they recently put out a call for testing.


Coming only two months after the OTA-5 update, which finally rebased the mobile OS on the Ubuntu 16.04 LTS (Xenial Xerus) operating system series, the Ubuntu Touch OTA-6 release is expected to introduce more improvements like support for passwords that contain special characters for Nextcloud accounts. 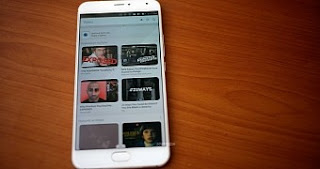 
The new Morph web browser received various improvements like support for restoring the previous browsing session at startup, ReCaptcha support, the ability to stop the media when closing a tab, themed scroll bars, better tabbed browsing experience, and support for web apps to access locally stored content on the device.
The update will also add a new Event dialog in the Calendar app to suggest a default calendar when you long press to open it, updates the Welcome wizard to automatically advance when you hit Enter, and removes auto correct from the URL address bar.
For OnePlus One user, OTA-6 adds the ability to change the headset volume during a phone call, correctly sets the WLAN MAC address based on the hardware, and fixes echo issues during phone calls. Of course, Ubuntu Touch OTA-6 also addresses lots of bugs and issues reported by users from previous releases.
The Ubuntu Touch OTA-6 update is currently scheduled for release on December 7, 2018, but the team is still working on the final touches to ensure all Ubuntu Phone users are successfully updating their devices to the new stable release. As such, they put out a call for testing for the community to help them report any issues.
So if you have one of the Ubuntu Phone devices supported by UBports, head to the OTA-6 Call for Testing forum post to learn how to install the current development version on your phone or tablet, and how you can report bugs to the UBports developers. More details are also available in their recent announcement.